People say writers are lazy but today I have not only discovered the greatest website known to man, woman, SirValiant Brown or Spartacus Bernstein, but also taken a photograph of the Birth of Warhorses. This is from my notebook, from June 2009: 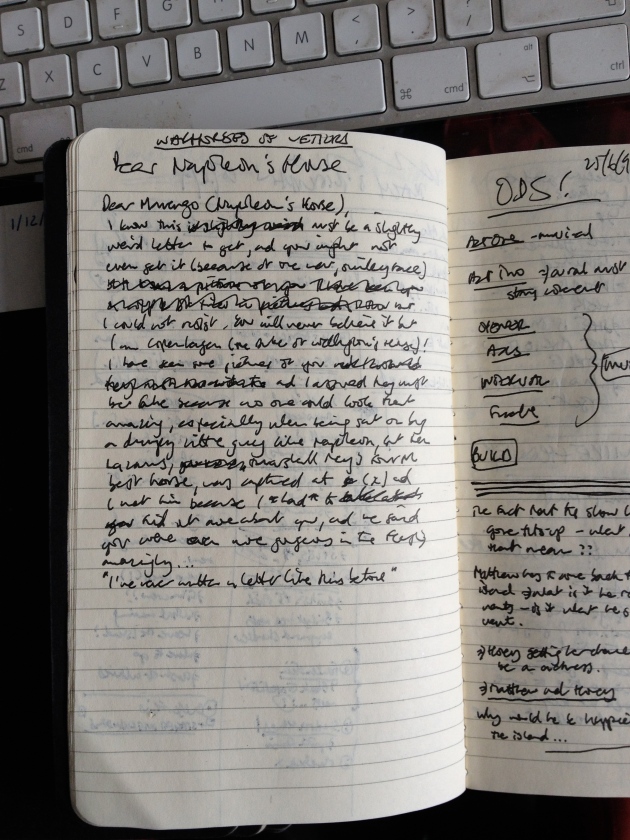 I had the idea at Kilburn tube, setting off for a writing meeting with Marie. The platform was sunny. I sat straight down and wrote this letter, sitting on a bench. As tonight’s listeners will hear, it changed a bit, but stayed on the same planet.

(I have stolen the idea of notebook pictures from John Finnemore over there on the right.)