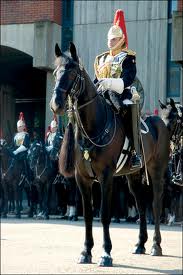 Little apology to pass on from @copenhagenhorse, re the Gay Times letters.

OMHG I am such a goofus. I joked about the Grenadiers being well bling these days but, as a Top Military Contact pointed out, the Grenadiers are Her Majesty’s Foot Guards and what I meant to say was the Household Cavalry, who ARE well bling.

In other news, the Devine Warhorses are now 13-0 and going ever deeper into the Texas High School football play-offs. They (I feel like saying ‘we’) are underdogs against the Wimberley Texans this Friday. But we have hope, and his name is Joseph Sadler, who broke the all-time Texas single-season scoring record last week (it had stood for more than fifty years) and he might go on to break the national one even though he has sat out the second half of loads of games because the Warhorses were already home and dry. We are big fans.

(Devine is ‘The Avocado Capital of Central Texas’)